This multiphysics example examines microfluidic flow and coupled mass transport due to electroosmosis in a channel with a T-shaped junction. With application of an electric field in a micro channel a flow effect is induced along the walls due to chemical reactions between the liquid and the wall material. This effect is called electro-osmotic flow (EOF), and can for example be used in chemical analysis to separate reactants and chemical species. The flow effect is here modeled with the Helmholtz-Smoluchowski boundary condition [1,2] which prescribes a tangential slip velocity as

where μEOF = εε0ζ/μ is the electroosmotic mobility. In this model, the walls are aligned with the coordinate axes, and the boundary condition can therefore be simplified to -μEOFVx and -μEOFVy for the horizontal and vertical boundaries, respectively (where Vx and Vy are the gradients of the electric potential V). A passive scalar representing a chemical analyte is injected at the inlet for a prescribed duration (concentration 1 for t <= 30 and linearly decreasing for the next 10 µs) whereby the transport, diffusion, and path of the species is tracked through the channel.

This model is available as an automated tutorial by selecting Model Examples and Tutorials… > Multiphysics > Electro-Osmotic Flow from the File menu. Or alternatively, follow the step-by-step instructions below. 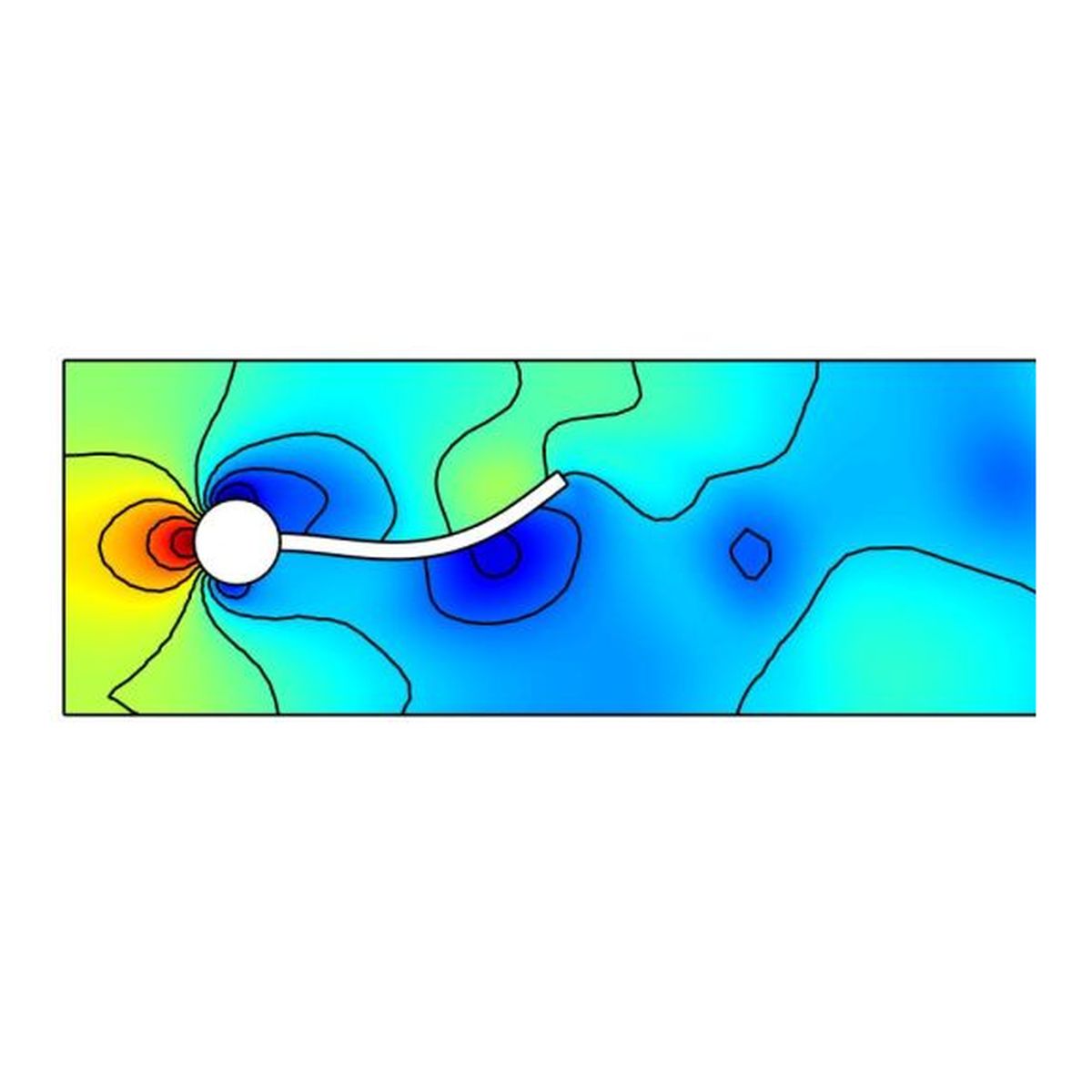 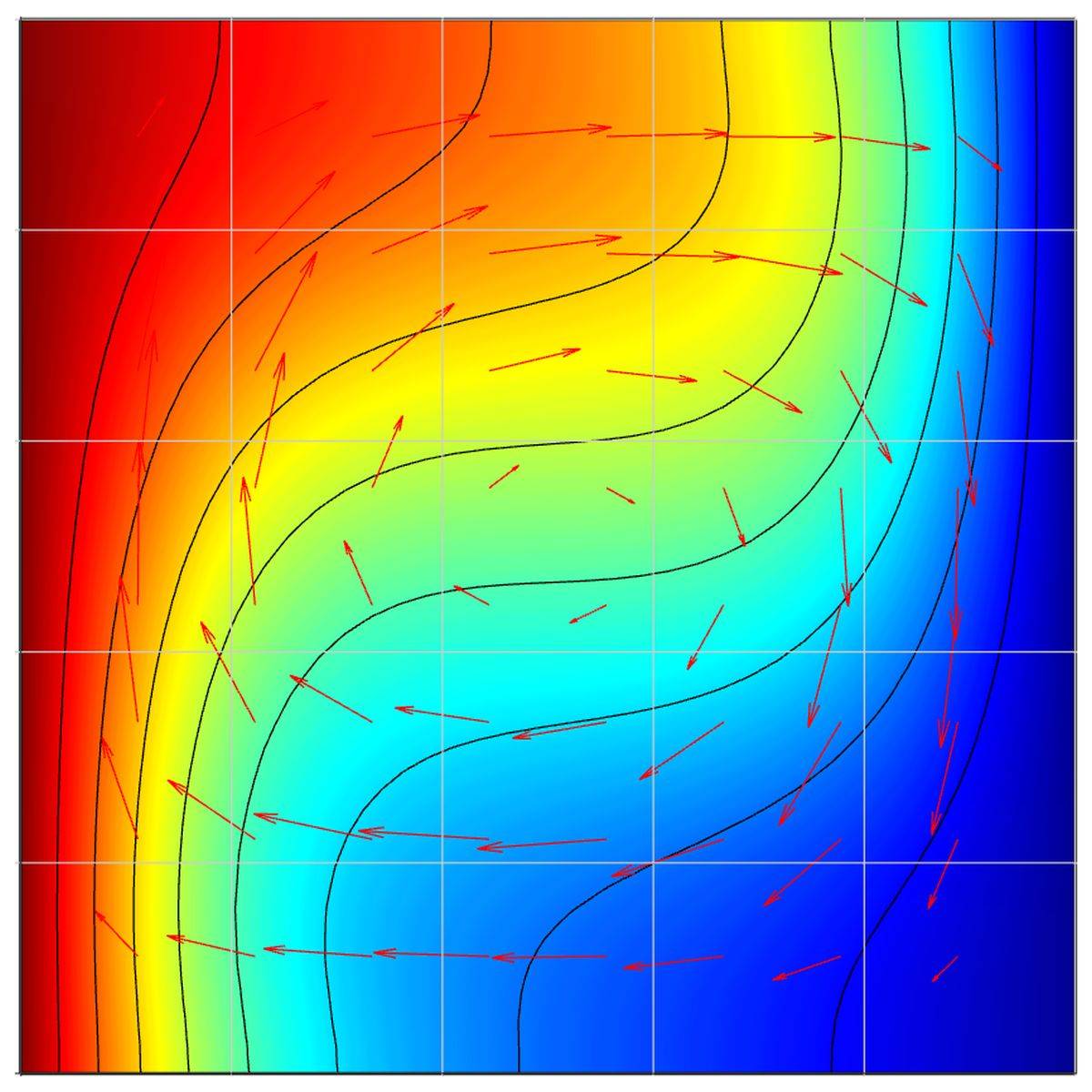 Natural Convection in a Square Cavity