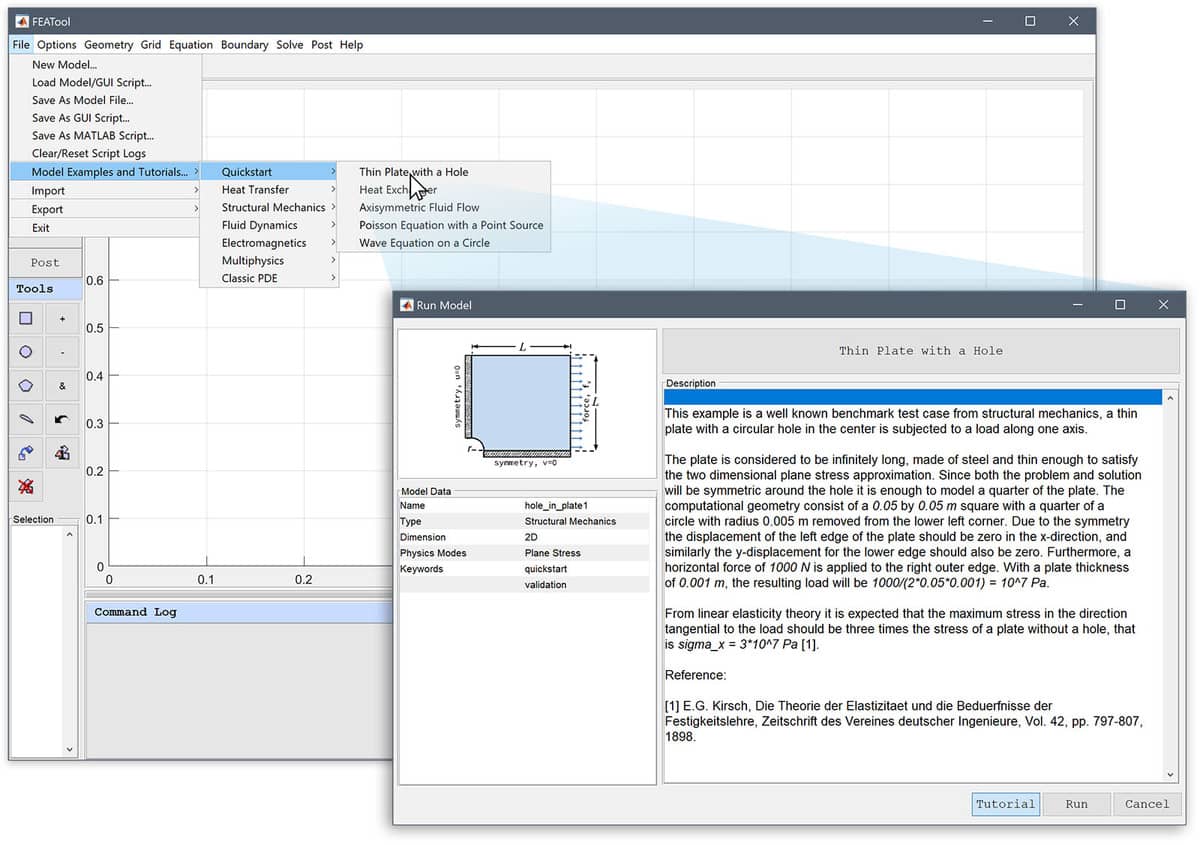 The FEATool Multiphysics GUI has been overhauled and improved with built-in and automated tutorials to easier get started with multiphysics modeling. By selecting any of the examples from the File > Model Examples And Tutorials… menu starts and automated replay of the steps required to set up and run the model. At present about 35 tutorial models are available for different physics types and more will be made available in the future.

In conjunction with the automated tutorials a new finite element script model file format is also introduced. This format allows the entire GUI modeling session and work flow to be saved and subsequently identically replayed, which is ideal for teaching and tutorials. In addition to the MATLAB script (.m) file format, finite element script (.fes) is also a simple text file format that can be inspected, edited, and put under version control. Altogether user can now save and export models in binary (.fea), MATLAB m-script, and finite element GUI script formats for complete control over simulation model data and reproducibility

In addition to the stationary, non-linear, and time-dependent built-in solvers, FEATool 1.10 also introduces a new eigenvalue solver which can be accessed and used from the GUI as well as the MATLAB API as the solveeig function. The eigenvalue solver is for example used in the resonance frequencies of a room, vibrations of a drum membrane, cantilever beam, and vibrations of a hollow cylinder tutorial models.

In addition to Dirichlet and Neumann boundary conditions and point constraints, full 3D edge constraints are also now available. This new feature is for example used in the stress analysis of a thick plate NAFEMS benchmark example.

In addition to sharing model and simulation results via the social web, the FEATool GUI now features dedicated one-click buttons to export simulation data as Plotly and ParaView Glance web plots. Follow this link for a demo 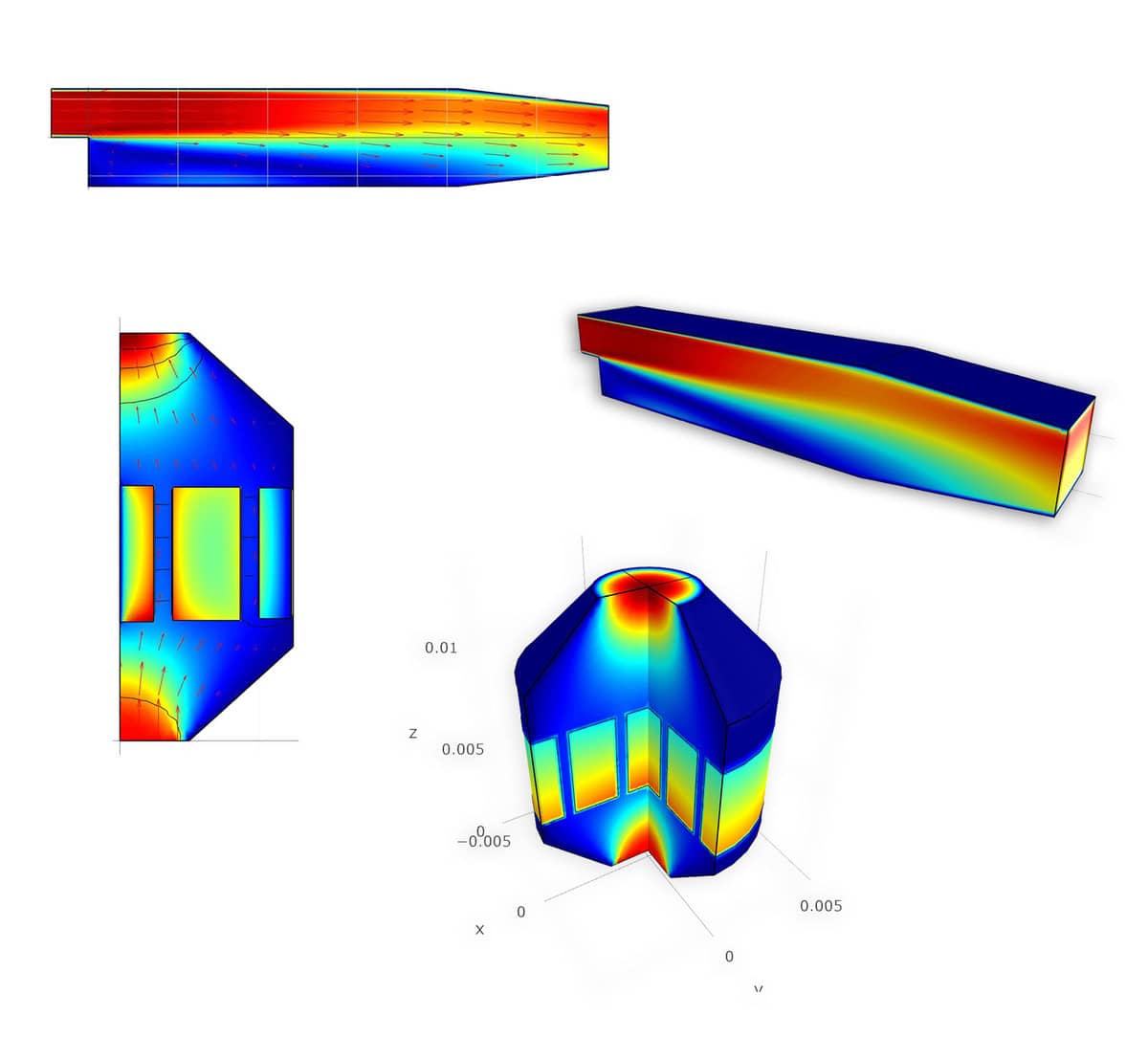 Further improvement to postprocessing functionality includes a deformation plot option whereby one can prescribe a field to deform and distort the resulting plot, which for example can be used to see how a structure is deformed by a load. Moreover, two new command line functions postextrude and postrevolve can be used to extrude and revolve 2D and axisymmetric simulation data to create corresponding 3D visualizations. 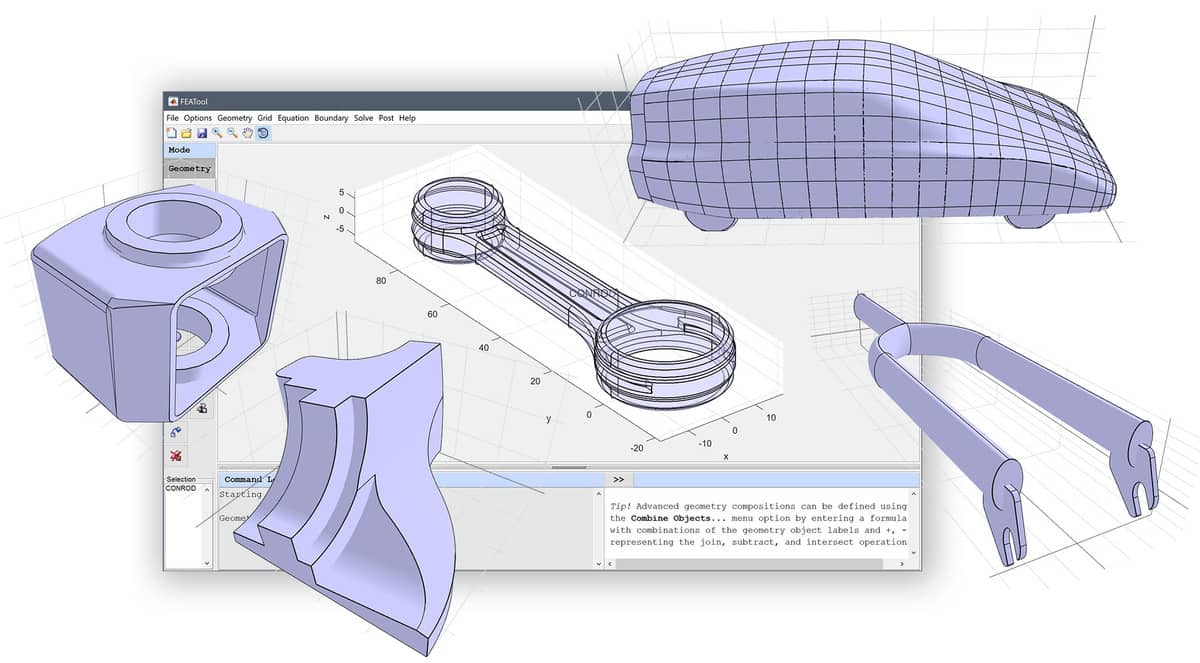 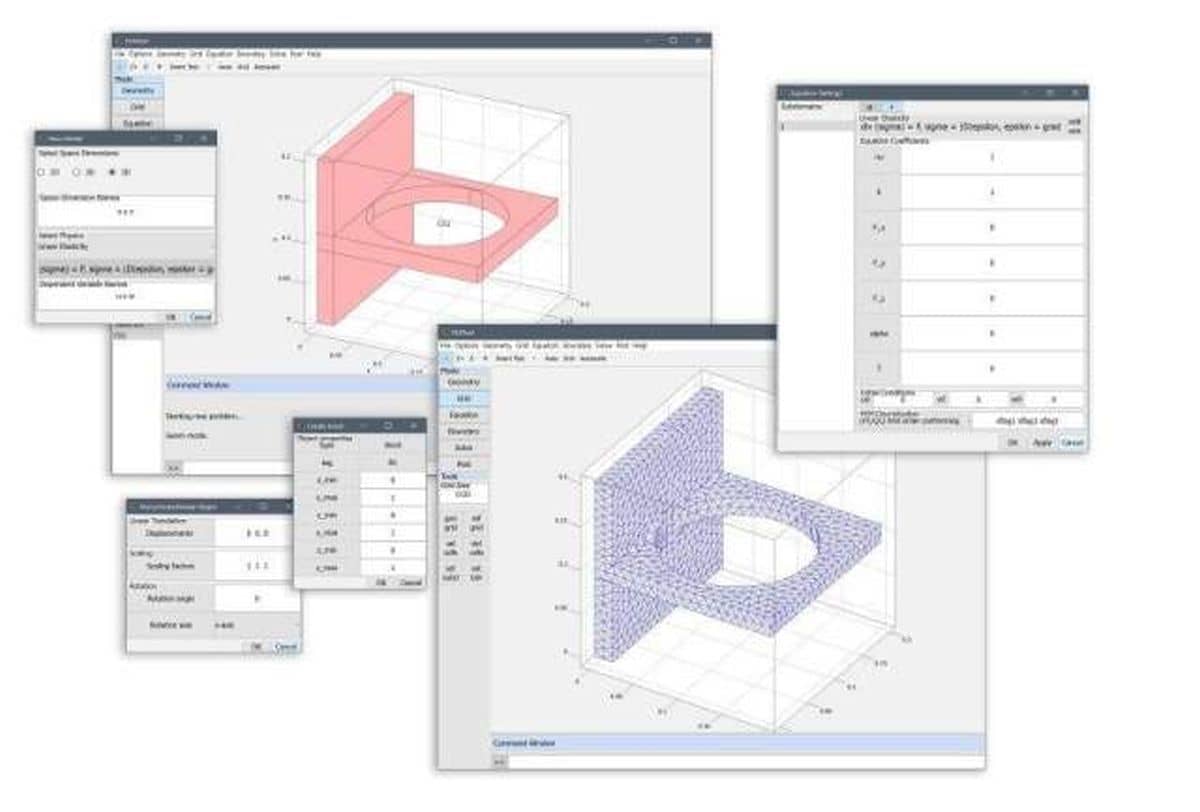